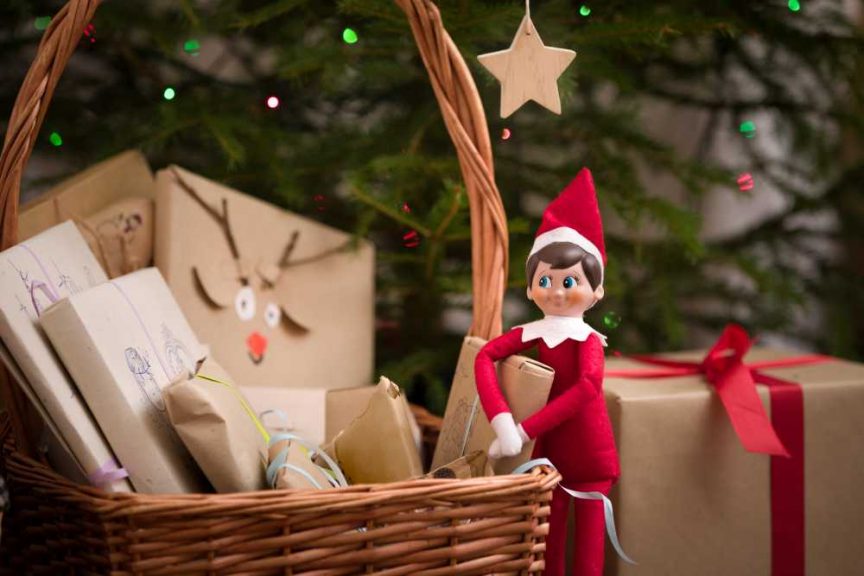 One of Santa’s elites sent to watch your children and ensure they’re on their best behavior.  Relax a little parents, the Elf on the Shelf has the watch.

What is the deal with the elf on the shelf?

The Elf on the Shelf is a special Christmas tradition where a scout from the North Pole is sent to the homes of little boys and little girls and reports back on their behavior to Santa Claus.  As we all know, he is making a list and checking it twice and there are millions of homes throughout the world Santa monitors.

Adopt your very own Elf on the Shelf (link to Amazon)

the elf on the shelf: a christmas tradition

What is a good age to start elf on the shelf?

At what age is it best to start using Elf on the Shelf?  We think the best age is usually around 18 months to 24 months old.  Your children will be just old enough to begin to understand the meaning of Santa and the idea of Christmas.

At that point it will likely be another fun character a part of Santa’s North Pole but for the kids who are closer to 3 and 4 and all the way until about 11 or 12 they will fully get the meaning of Santa’s scout monitoring whether they are being naughty leading into Christmas.

If you’re looking for more fun games for the kids for Christmas check out our article and recommendations here: 10 Simple Christmas Party Games for Kids

t'was the night before christmas

Can the parents touch the elf on the shelf?

Fortunately, there’s no need to.  The elf moves his or herself independently each night.  During the day the Elf on the Shelf turns into the form of a simple elf doll, especially when being looked up on by children, but don’t be fooled, the Elf on the Shelf is very much aware and watching.

If children touch the Elf on the Shelf he or she will lose their magic and will never be able to return to the north pole and will simply turn into and remain a simple elf doll.  Whatever you do, if you’re a child, don’t touch the elf!

Can the elf on the shelf talk?

The Elf on the Shelf is able to speak to Santa and the other elves but while it’s in the homes of and being watched by children it isn’t able to move or talk.  Typically, the Elf on the Shelf remains especially still and even if it moves just a slight amount, as when the children’s backs are turned, it’s so subtle and small the human eye isn’t able to capture the movement.

It should be understood, If you talk to the Elf on the Shelf he or she can hear you and understands everything you’re saying.  Just because it doesn’t reply don’t think it’s not listening!

Can you touch the elf on the shelf on your birthday?

There was a meeting of the elves and Santa a few years back and it was decided there are other special days which occur in a child’s life.  One of these of course is the birthday.  On this particular day, there is a special guest who gets dressed up and attends the child’s birthday, the scout elf!

If you touch the Elf on the Shelf during the birthday, just like during Christmas however, the elf will lose it’s magic.  Those magical rules don’t change!

If you’d like to learn more and read through the book with the story of the birthday visit from the Elf on the Shelf you can pick it up here on Amazon.

the elf on the shelf: a birthday tradition

When should elf on the shelf leave?

Right after Christmas is when the Elf on the Shelf heads back to the North Pole.  By Christmas Eve, his or her work is done and the elf returns to the North Pole until the following year. Santa Claus has all of the information he needs to sort out the children, naught or nice, and move forward with delivering presents.

from the creators of elf on the shelf: scout elves don't rest

Check out this video and more information about the wonderful world of scout elves at www.elfontheshelf.com