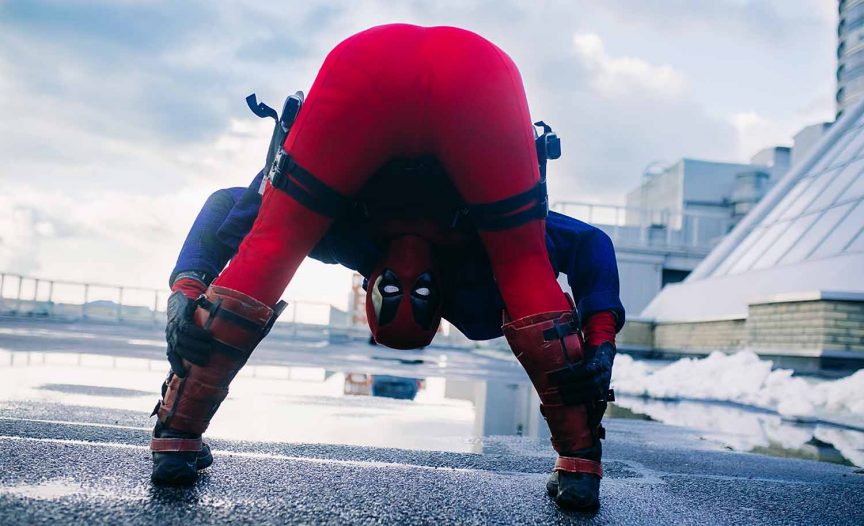 If you’re into geek culture, I’m sure you seen those uber-fans dressed up like Chewie, Dr. Strange or Princess Zelda on YouTube, at the opening night of a Marvel movie, or at fan conventions.

And, when I say that they dress up like a popular character, I’m not talking about one of those flimsy (and flammable) costumes we used to wear for Halloween. Serious cosplayers make or buy handmade costumes that could cost thousands of dollars! They’re now utilizing the latest in tech like 3-D printing to make cosplay costumes such as the IRON MAN SUIT these days.

The cosplay industry has gone big time; it’s worth billions of dollars. And professional cosplayers can earn six figures a year through endorsements, cosplay modeling, marketing their images, and personal appearances.

If you’re thinking of jumping into Cosplay yourself and are curious about how much cosplay costumes cost click the link and check our our article with the latest info!

With more and more pop culture being created every day, and with anime gaining huge inwards in the West, cosplay can only get bigger. It’s only a matter of time before popular cosplayers become household names.

The cosplay world is huge and varied. You’ve got your Brony’s and Thronies, and Trekkies and Warsies and tons of other fans who are taking part in cosplay. Remember, though, you don’t have to limit yourself to cosplay just one character. Plenty of cosplayers have more than one costume and cosplay across genres and fandoms!

Center of the cosplay world.

Fan conventions like Comic-Con are the center of the cosplay world. And cosplayers spend months fashioning costumes for convention contests. But, conventions aren’t just about dressing up. People go to conventions to hang with old friends, meet new friends, and, if they’re lucky, see their favorite star!

Conventions, or “cons” as old hats call them, also offer panels made up of casts of a popular movie or TV show, or creators of a segment of pop culture. Panels are a great way to learn something new in pop culture. To go behind the scenes and even learn a spoiler or two!

Some avid convention goers spend all year getting ready for that next event. They’ve got to save money for the con ticket and extras, like panels and swag. They’ve got to get their costume ready. And, in some instances, they may even have to travel cross country to get to the con.

So, conventions are not cheap. Unless you have a variety of fan conventions held nearby, you may need to travel long distances to embrace the convention (and cosplay) culture.

But don’t let the price of a convention stop you. Try to save some money. Carpool with friends. Share a hotel room. There are many ways you can cut costs so you can experience the fun and friendship of a fan convention!

Why is it called Cosplay?

WHAT ARE COSPLAY GIRLS?

Filipino cosplayer Alodia Gosiengfiao emerged as a rising cosplay talent in 2003 and she hasn’t stopped since. From being a cosplay model, to acting, singing and presenting on TV, she does it all! She’s even the brand spokesperson for a Japanese sushi bar!

Alodia has cosplayed all over the world. And her hard work and passion has opened doors to many media opportunities. She’s a Facebook Gaming partner, streaming games and content on her Facebook page. And Sony PlayStation even tasked her with promoting Spider-Man in 2018!

She’s a life-long gamer and has also appeared on numerous Filipino TV shows. And, if you want proof that cosplay has hit the big time, Alodia’s net worth is estimated at $1.6 million!  Check out her YouTube channel here.

Amie Lynn, or Misshabit as she’s known online, is a longtime cosplayer who not only sews her own costumes, but she even crafts her own armor! Amie started out as a gamer, and, when she’s not living the high life as a cosplay superstar, she works in video game marketing.

Amie Lynn made a name for herself cosplaying as Lighting from Final Fantasy XIII, garnering a rabid fan base and she didn’t stop there. She judges cosplay costume contest, makes convention appearances and is a brand ambassador for geek fandom products like webcomics and video games.

In a 2017 interview, Amie dispels the notion that superstar cosplayers must be extroverts, seeing as they are hosting events at fan conventions, meeting fans and making appearances on YouTube. She confides that she is an introvert and is most comfortable in front of her computer!

Cosplayer, actress, model, writer, is there anything Ani-Mia doesn’t do?

She attended her first fan convention in 2007 and since 2008, has cosplayed over 80 different characters!

Besides being a professional cosplayer, Ani-Mia is also a cosplay model and avid gamer. Fans can visit her online shop for swag such as posters, phone cases and even costumes. And, as nearly all cosplayers are, Ani-Mia is active on all the popular social media sites so fans can check out what she’s doing next.

But, while you’re waiting for her next convention, you can head over to www.otakuusamagazine.com where Ani-Mia is a regular columnist. You’ll get the chance to read her tips on how to take great cosplay photos or prepare for your next con!

South Korea’s Aza Miyuko love of anime led her into the world of cosplay. She began cosplaying with a group of girls, all from South Korea. They called themselves Spiral Cats.

With Korea’s huge gaming culture, cosplayers are increasing hired to introduce and model for the latest video games. And Aza Miyuko is changing perceptions in Korea of cosplayers. In the recent pas cosplayers in Korea were labeled “nerds” and disrespected. But her superstardom is changing all that! As she’s been in the public eye as a profession cosplayer, the movement is spreading and becoming “respectable!”

One of Aza Miyuko’s favorite characters to cosplay is Ahri from League of Legends. She likes Ahri because the character is “sexy yet naïve” and “very cute.”

And, despite being a much sought-after cosplayer, Aza Miyuko still makes her own costumes and props.

Another example of a hugely famous cosplayer is Jessica Nigri. I’m sure you’ve seen Jessica; she’s active on all of the popular social media platforms. And she’s one of the top earners in the cosplay industry, working as spokesmodel for comic books and video games, doing interviews at conventions, and even selling images of herself modeling numerous costumes on her online shop.

But she’s not just a cosplayer, she’s also a huge gamer, having been introduced to video games at age 7.

Where is Jessica Nigri From?

How much does Jessica Nigri earn?

Nigri’s cosplay has skyrocketed her net worth to $1 million. She earns money around $250,000 per year from her work in the cosplay industry as a spokesmodel, YouTuber, costume judge, interviewer and more. And she has a Patreon that offers subscribers exclusive looks at her lingerie shoots, videos and cosplays.

What is the Golden Rule of Cosplay?

OK, it’s time to get serious here. We need to talk about some infrequent bad behavior at fan conventions and any other events where there are cosplayers. Because, according to various websites, including Q-Con.org.uk, the Golden Rule of Cosplay is that “cosplay is not consent.”

Many female cosplayers, including the women in the list above, dress in skintight and revealing costumes.

But that shouldn’t mean that cosplayers, whether female or male, should be subjected to lewd comments or unwanted touching. Cosplayers are serious about their craft. They’re there to show off their costumes, rub shoulders with other cosplayers and meet their favorite celebrities.

And, when you attend a convention, it’s clear that cosplay is generally a culture of respect and friendship. Many cosplayers visit the same convention year after year to see the friends they’ve met while cosplaying. There’s no room for disrespectful behavior. But, unfortunately, there are always some bad apples: People who can’t keep their hands or their negative or sexually demeaning comments to themselves.

Cosplayers have spent generous amounts of money and precious time on their elaborate costumes. Why ruin it for everyone? But, thankfully, at many conventions, complaints about unwanted advances or negative behavior can get an attendee escorted out of the convention hall.

So, fans of geek culture or anyone attending a convention or an event with intricately costumed cosplayers must remember that even though female (or male) cosplayers may be wearing sexy and revealing costumes, they are there for the cosplaying. Not to be disrespected. “Cosplay is not Consent!”

How do I get into Cosplay?

Many cosplayers start off as fans of geek culture, whether it’s anime, marvel, steampunk, sci-fi or even video games. If you’re curious about becoming a cosplayer, there are conventions for every genre imaginable where you can experience the cosplay world firsthand!

(If you are interested in marvel, check out the best high quality marvel cosplay costumes in that article!)

So, here are some tips for how to get into the world of Cosplay:

Really, that’s all it takes, a drive to create the best costume you can…well, having a discount craft store nearby doesn’t hurt!

Don’t forget to have fun!

Ok. So, you chose a cosplay name, and you’ve spend six months crafting the greatest cosplay costume ever. You’ve scrimped and saved for that ticket to a convention, hotel room and the swag you’re planning to buy. Once you get to the convention, the hard work is over. Now is the time to relax and have fun. Hang out with your friends and meet new people. Immerse yourself in the cosplay world for the weekend. It’s a fun, creative and exciting place to be. And then, when the weekend is over, you can start planning your next cosplay adventure!

If you need more ideas, you can find deluxe cosplay costumes in that article and have the best costume for the cosplay world!