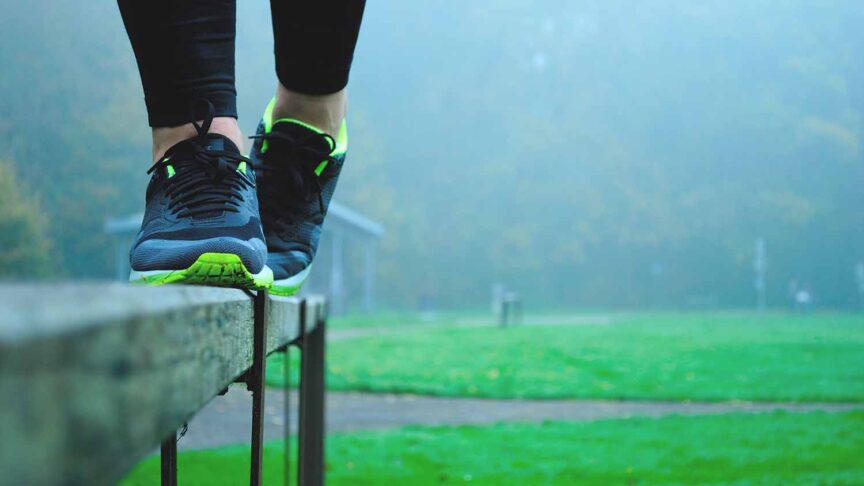 It’s almost that time of year again when the weather gets cold, the drinks get warm, and the ugly sweaters come out. When the holidays roll around, you don’t typically think of finding a pair of shoes to match your ugly holiday sweater, but they exist! If you’re searching for a set of ugly sweater shoes, keep an eye on Air Max, Jordan, and Nike brands.

Air Max, Jordan, and Nike shoe brands have holiday editions with unique takes on the ugly sweater look, each ranging in price and style. The best picks among these brands are shoes that maintain the standard brand’s design with a respectable nod to the traditional ugly holiday sweater look.

Surprisingly, ugly sweater shoes weren’t always a thing; they didn’t become a trend until the release of the first “ugly sweater” pair: The Ugly Sweater 7s.

What Are Ugly Sweater 7s?

Air Jordan 7s are renowned across the United States for being high quality, premium shoes with the famous basketball player, Michael Jordan, being the inspiration. The “7s” represents the shoe being the 7th signature sneaker in the brand’s lineup.

The 7s were initially released in 1992 and attempted to streamline the Jordan’s’ brand to an even wider audience. Its popularity skyrocketed after Michael Jordan won his second consecutive basketball championship.

With an array of colors, Jordan’s have become even more approachable for consumers other than basketball enthusiasts. With that being said, sometimes, these shoes come out with special or retro editions that are only available in limited quantity and sell out quickly. Enter: The Ugly Sweater 7s.

The Ugly Sweater 7s are a variation of Jordan’s shoe that comes in ugly sweater colors. They were released towards the end of 2015 as a commemoration of the Jordan shoe line’s 23rd anniversary.

What is the Ugly Sweater 7 “Nothing But Net” Look?

The lack of the Nike logo distinguishes the traditional 7s shoe line. As time went on, these shoes’ identity and the Air Jordan line would eventually become distanced from Nike Basketball. Coming in an array of different colors, 7s can match practically any outfit; however, the Ugly Sweater 7s cannot.

The Ugly Sweater 7s are a retro pair of shoes that, when released, got the attention of shoe collectors fairly quickly—mainly because of their appearance.

At first glance, you’ll immediately notice that the Ugly Sweater 7s sport a vibrant combination of colors. And as their name suggests, these colors make them appear unappealing, especially for casual wear.

The shoes have white leather on most of the upper portion with University Red, black, and bright concord appearing on the vibrant print throughout the ankle, side panels, eye stay, and even on the midsole’s mountain peaks.

How Did the Ugly Sweater 7s Get Its Name?

While the Ugly Sweater 7s can be referred to as just that, it’s mostly a colloquial name for the shoe today. Belonging to the 7s decorated lineup of shoes, their ugly sweater design and color scheme prompted fans to refer to the pair as a combination of their shoe line and appearance, hence the name “Ugly Sweater 7s.”

Despite the nickname they get referred to in casual conversation, the shoes were initially called the Air Jordan 7s “Nothing But Net.” The name is based on the 1992 McDonalds commercial that featured Michael Jordan and Larry Bird facing off in a basketball competition in which the first one to miss watches the other eat a meal from the food chain.

If you remember anything about the commercial, besides Michael Jordan and Larry Bird being humorous and making impossible shots, then you remember the wacky, colorful outfit Jordan was wearing. It was so unique and bizarre that the clothes he was wearing became the inspiration for the Ugly Sweater 7s you see today.

The Ugly Sweater 7s didn’t just get its name from the timeless outfit of Michael Jordan, however. In the commercial, he famously described his shot as “nothing but net,” which today is the name of the famous pair.

If you’re interested in getting your own pair of ugly sweater shoes, you have quite a few different options. Here’s a quick list detailing different brands and editions worth checking out:

This is the original ugly sweater sneaker made for your purchase and inspired by the exciting outfit that Michael Jordan wore in 1992 for his McDonalds commercial. It has the same vibrant design as what he wore in the 90s, except that there’s more white on the shoes.

Despite the phrase “Ugly Sweater” being in the name, the shoes look remarkably fashionable, and by no stretch of the imagination are they actually ugly. It copies the same purple, black, blue, golden, and red design of the sweater he wore in the 90s, and if you ever get the chance to get yourself a sweater of a similar design, you’d have yourself a matching outfit.

You can currently find this pair of shoes on bidding sites or through third-party sellers.

This is the Air Jordan 1s version of the same “Nothing But Net” look. Released in 2020, this version is available starting at $159 and has a slightly different design than the original.

Air Jordan 1s are the original line of Jordan’s, only existing because Michael Jordan didn’t want to sign with Nike. Initially, he wasn’t a fan of the thick soles, but after they were changed, he signed with Nike and spawned an entire culture for sneakers.

The upper portion of the Jordan 1 Low shoe has white, perforated leather around the toe and mid-panel. Surrounding it on the toe cap, shoe edges, and heel is a colorful geometric pattern consisting of red, blue, yellow, and purple. The classic Nike logo is adorned on the sides, with a red-stitched border. On the tongue is the Jumpman logo in red, while the collar and outsole are black.

The Air Max lineup is often referred to as the greatest sneaker line in existence and is regarded as important to sneaker culture as Air Jordan’s. The Nike Air Max line came into existence in 1978 with the debut of the Tailwind—the first sneaker of our time to incorporate Nike’s air technology.

The Ugly Sweater Air Max 95s are a classic pair of Nike shoes with all the features you would expect, with the addition of an ugly sweater appearance. It offers heel cushioning for a lightweight feeling to your step. It has a rubber outsole, meaning that the bottom of the shoe is made of rubber and that it’ll protect you from abrasions, offering you handy resistance to slippery floors.

Despite the shoes’ functionality, their design lives up to their name and being in the category of “ugly sweater fashion.” It champions the contrasting seasonal look of red, blue, green, and white striped colors adorning its leathery overlay. It also contains a sweater-like texture covering the shoe.

It’s a twist on the typical Nike look, and while it’s not the most conventionally attractive pair of shoes, it’s bound to garner attention if you put them on. They can be found on Amazon if you’re looking for something to complete that classic holiday look.

The Nike SB line is designed to be skateboarding sneakers. It was initially designed for basketball like the other Nike shoe lines, hence the “Dunk” in the name, but it eventually converted into a skater shoe in the early 2000s.

The Ugly Sweater Nike Dunk SB PRM shoes is a conceptual piece of footwear with snowmen wearing red and green beanies all around it. The green Nike logo adorns the shoe, combined with grey laces, finishing with a red touch in the shoe’s interior. You can find this shoe on Amazon to add to your outfits this winter.

The Ugly Sweater Nike Dunk SB PRM Variant is like the pair mentioned previously; the main difference is that the shoes sport darker colors.

The dominant grey found on the “original,” which was mostly responsible for the “ugly” look—is replaced with a nice black that makes these shoes incredibly even more fashionable. The green Nike symbol is replaced with a blue check mark.

Because these shoes are extremely rare and considered a collector’s item by many, you can expect these shoes to be costly. They can currently be found on bidding sites or Amazon.

Nike shoes tend to inspire the image of Michael Jordan, but he wasn’t the only famous athlete associated with a shoe line. Signed with Nike in 1986 at the age of 16, tennis player Andre Agassi popularized the Air Tech Challenge line. Known for his rebellious personality in a sport considered “stuck-up,” he and his shoe choice stood the test of time for three iterations of the line.

As you probably guessed with the Nike Dunk SB PRM and its variants, Nike tends to release variants of popular editions, and the Air Tech Challenge III is no exception.

Nike released an ugly sweater variant of the original Air Tech Challenge III line in 2015. The colors featured on the variant include obsidian, red, and gold, and has a knitted and somewhat “bulky” appearance to add to the ugly sweater look. The shoe also has stars lined up along the midsole. The laces of the shoe are even in the holiday spirit, being red and white. You can find them for purchase here.

Ugly sweater sneakers can take on various looks, and not all shoes are equally ugly and sweater-like. It’s also important to know that these shoes can be quite rare as well, so heed caution and be willing to spend more money than you planned for a matching outfit this holiday season.

However, while relatively uncommon and considered collector items by many, it’s not impossible to find yourself a pair of ugly sweater shoes to match your outfit for the holidays. Perhaps the most iconic shoe is the Ugly Sweater 7s. But, if you can’t find this version, you can always look for the recently released Air Jordan 1s version of this edition.

You can also find some ugly sweater shoes from brands like Air Max and Nike, although they can be incredibly rare to get your hands on.