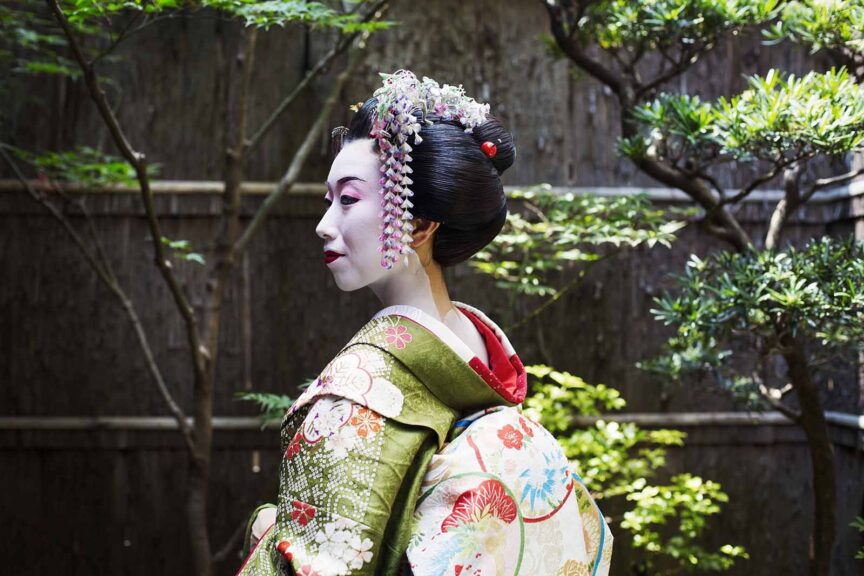 Costume designers are an essential part of any movie, and the job itself is creative, fun, and constantly changing. However, becoming a movie costume designer isn’t necessarily a path set in stone, so it often leaves people wondering just how to break into the career.

What Does a Costume Designer do in Film?

Once a script has been created and a costume designer is hired for the production, the first thing in the costume design process is reading the script. One of the most important, and lengthy, aspects of the job is actually designing the outfit.

Carefully analyzing both the character development of each character along with the time period of the film is critical at the beginning. The time period of a movie has a huge impact on costume design. Not only that, but the amount of time that the movie takes place over is equally important. For example, horror films are normally written over shorter periods of time, so there aren’t as many outfit choices as there are in other types of films.

Character arcs are crucial in movies, and costumes have to reflect that. This is the main part of any movie costume designer’s job, and this is typically done with research and things like mood boards to help bring ideas together. Sketches are another way that costume designers jumpstart ideas, and this is eventually how outfits are presented to producers.

Typically, once outfits are approved by the move producer, it’s time to start hunting for materials to put the outfits together. Depending on the budget for costumes, materials can be sourced everywhere from retail stores to secondhand shops.

At the same time, costume designers are generally really good at sewing and creating pieces for custom designs. All in all, sourcing materials and sewing are important skills for all movie costume designers.

When you learn costume design: sewing, heming, and other types of costume work are essential to practice because costumes and outfits are going to need to be fitted perfectly to the actors. While it’s not a huge part of the job, it’s definitely something to think about when you’re considering this career path.

Costume designers have to work while the movie is being filmed, too. For example, if a piece of clothing happens to get torn or an outfit doesn’t feel right for the actors, it’s the responsibility of the costume designer to fix it.

Because of this, the hours for costume designers aren’t your standard 9 to 5. Even the research and design work movie costume designer’s work on is often done when the inspiration strikes, which can be at any time of the day or night.

Another important aspect of the job is networking. The film industry in general is very reliant on who you know and the relationships everyone has. Movie costume designers are no exception, so it’s important to continuously network while you’re not working on a film, and in some cases, while you’re working!

In case you don’t know, networking is a social skill where you create relationships with people in your industry. A common virtual networking tool is LinkedIn. However, it’s going to take a lot more than digital networking to become a movie costume designer.

Award events, Indie film festivals, and other beginning industry events are extremely important to go to. The more people you meet and establish relationships and contacts with, the more of a chance you’ll have at landing early jobs—which can snowball your career.

While networking isn’t easy, there are a lot of videos you can watch and tips you can read about when it comes to networking successfully. This is important for a lot of jobs, but you can’t get very far in the film industry without outstanding networking skills.

How much do costume designers make for movies?

Movie designers can make up to $12,000 a day for each day they’re working! While that kind of pay is a lot, it takes a lot to get to that level. Costume designers have to prove themselves by working up the ladder in their workplace, as well as creating costumes that are both iconic, well-designed, and prestigious.

Like any other creative job, costume designers rely on his or her portfolio. A well-created portfolio with costumes that are appropriate for a variety of situations is the best way to show off talent, and it’s a big part of what can determine pay.

For example, not every movie is going to be anywhere close to paying $12,000 a day. However, if you’re rising up in the industry and there’s a popular studio movie being filmed, then a stellar portfolio can help you land a job.

Even if you don’t have the experience, you can begin creating lookbooks to start a portfolio now! There are plenty of websites that allow you to create and/or design outfits, and you can create looks based on characters in pop culture. While it’s not going to hold up in the biggest studio movies, it’s a great way to start your career.

Another thing to consider when it comes to the pay of costume designers is the location that you’re working in. If you’re working with the biggest movies in Hollywood, you probably don’t want to live in the Midwest region of the United States. While people travel for movies all the time, costume designers need to be close enough to network properly when they aren’t working on a film.

This average is almost $20,000 more than other fashion designers according to the Occupational Outlook Handbook. So, if you enjoy fashion and are looking for the best ways to make a career with your passion, becoming a movie costume designer is one of the most profitable jobs you can get!

Who is a Famous Costume Designer?

One of the most iconic, current costume designers today is Colleen Atwood. She’s worked in the industry since 1980, where she worked on the set of Ragtime. Since then, she’s won four Academy Awards for Best Costume Design, and she’s been nominated twelve times.

Much like many other Hollywood workers, Atwood came into fame when she met movie director Tim Burton, who’s known for his interesting and unique films like Edward Scissorhands and Planet of the Apes (both of which Atwood created costumes for).

While mastering both the contemporary and science-fiction styles mentioned above, Atwood has won academy awards for fantasy costumes as well, with films like Alice in Wonderland and Fantastic Beasts and Where to Find Them. She’s worked on over 60 film sets in her lifetime, and she’s still designing costumes for movies in 2020.

Atwood has also worked with bands, creating uniforms and tour outfits for bands like My Chemical Romance and The Black Parade. At the same time, she’s worked with TV shows such as The Flash and Arrow.

Potential movie costume designers can use Colleen Atwood’s career history as an example of how to prepare for work. When it comes to creative work, it’s a good idea to be versatile, and Atwood has done just that with her array of films and other industry-related mediums like music and television.

Movie costume design is a great career path to choose if you’re creative and have a passion for fashion design. Choosing an online costume design course is a good place to start. It’s also critical that you love movies and you enjoy analyzing plots to see character arcs and how characters fit into a certain historical role.

You’ll also have to be prepared for a hectic lifestyle. With long filming days and a ton of travel time, you won’t be at home as much as most other jobs allow you to be.

If you’re someone who wants to have an active family life, then becoming a movie costume designer can be really difficult. On top of that, you’ll want to be in good shape. With lots of travel and active sets, you need to keep your physique up in order to stay healthy.

Movie costume designers can also have a hard time breaking into the industry. Like any Hollywood job, there are millions of other people competing for a very limited number of jobs.

Sometimes people happen to meet the right people right away, but others spend their entire lives looking for a way in. The struggles of not landing jobs, not meeting the correct people, or not finding good events can be demotivating and extremely stressful.

This is a huge reason as to why networking is so important; it’s going to make or break your career, and anyone who wants to be a movie costume designer should analyze his or her skills in order to decide the best career pathway to take.

However, if you’re great with networking and you’ve marked off every other quality a movie costume designer should have, then the career is a great one.

The work can be difficult and stressful, but being able to see your designs come to life in films is rewarding. Not only that, but the pay is well worth the effort, and the job outlook is amazing considering how much money is in the film industry. On top of that, if you’re passionate about this work, you’ll live a very fulfilled life, which isn’t something too many people are able to do in the workplace today.

All in all, becoming a movie costume designer is a great career path for any movie buffs that have a passion for fashion. Remember, while there isn’t any formal training required for movie costume designers, there’s plenty of things you’ll need to do before landing your first job. However, don’t let that stop you if this is your dream!