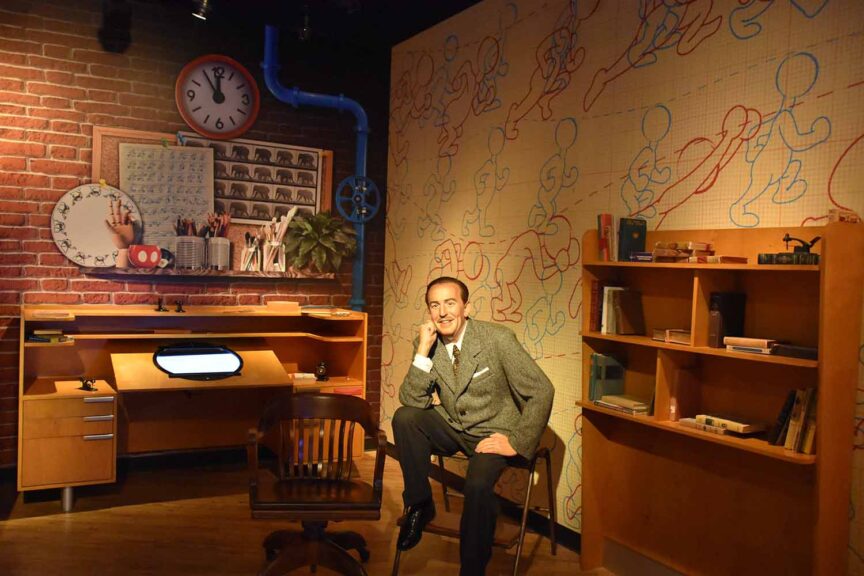 You got your degree in computer graphics, you have aced animation courses, and now you are ready to get out there. The big-ticket: Walt Disney Animation Studios. However, becoming an animation cast member for Disney is a dream job for thousands of people, so it won’t be easy to stand out among the crowd. The best advice for when you apply: think outside the box. Be creative in a unique way; prepare to impress. Do you think you have what it takes?

Walt Disney Animation Studios hires animators who are driven and creative—so much so, they can create a character in their minds before ever putting their hand on the drawing board. Additionally, applicants must have the right qualifications, including a degree or experience in a related field.

Disney is and always has been a creative, magical, imagination-driven company. They have perfected entertainment through their animation, captivating audiences of all ages. A lot of their success has to do with their ability to create a character that seems so real; this all starts and ends with Disney Animation’s amazing and talented staff, from the sketch artist who starts the drawings to the animators who develop the very last scene.

What Do Disney Animators Do?

Disney Animators create and design every visual aspect of Disney’s animated shorts, shows, and movies. From sketches to detailed graphic designs, the Animator is at the center of their creation. Image by image, they slowly compile movement for each character on the screen to finally bring them to life.

Disney has long-provided the world with relatable characters for many years, giving characters real-life experiences, emotions, and reactions, and it is the Animator’s job to make all this come to fruition.

Is it Hard to Become an Animator?

Disney Animation is an equal opportunity employer and does not discriminate against anyone. But even so, it is just as hard to become an Animator at Disney as it is to get any other competitive job on the market today. They are looking for qualified and driven employees who are educated and experienced in the work they do.

Some requirements you must meet to be eligible to work at Disney as an Animator are:

When applying, Disney Animation also expects you to submit a visual demonstration to show what you’re capable of; you will be required to create an animation that’s 100% original that can effectively tell a short story through character movement.

What Type of Animation Does Disney Use?

Although Disney Animation originally used traditional animation to create their notable movies and shows, advancements in technology have paved the way for using computer animation.

Today, Disney will use a combination of traditional and computer animation, although digital animation is more prevalent.

Have you ever taken a notebook and sketched the very edge of every page? Each of the illustrations would be almost identical, with a small position change every time you went to the next page. After the notebook was full, you would then flip through the notebook’s edges just enough for the pages to flash by one after the other—and your sketches moved.

Without realizing it, you did what many Animators at Disney have done: traditional animation.

Traditional animation—also known as cel animation, 2D animation, or hand-drawn animation—is exactly what it sounds like; it involves an artist sketching various frames by hand, just like the example above.

The following are just a few techniques commonly used in traditional animation:

The Shift to Computer Animation

In 1989—long after Walt Disney’s traditional animated television show, Mickey Mouse, was released in 1928—he incorporated computer animation into a single scene in The Little Mermaid for the first time.

Old school animators would draw pictures frame by frame—taking several days to complete a full scene. However, Disney realized that this same process could be done within minutes with computers and the right software. With that in mind, he decided that he would no longer use traditional animation.

Few Disney movies since The Little Mermaid have had hand-drawn scenes, although it will pop up from time to time.

Computer animation, also known as 3D animation, is the most popular form of animation today. There are dozens of programs designed to create amazing, animated characters and movie backgrounds in a much quicker and cleaner way than you would get with traditional 2D animation:

Can You Visit Disney Animation Studios?

Visiting Walt Disney Animation Studios is not as easy to do as visiting many other production companies. It’s not an all-access part of the Disney visitation experience, and you must purchase a VIP ticket to gain entry. Only then will you be taken on a guided tour throughout Disney Animation.

The two ways you can get access to these tours is through Adventures by Disney, and—if you’re lucky enough to be a member of the Official D23 fan club—the guided tour is offered a few times a year to club members.

If you are planning a vacation to Disney, a quick and simple way to make the best of your visit is to pay for the Adventure by Disney package for Disneyland Resort and Southern California.

In this package, you are automatically signed up for a few days of enjoying all the magic of Disney’s fun-filled theme parks, including a tour of the Jim Henson company lot, and of course, a private behind the scenes tour of Disney Animation.

If you are a big Disney lover, you want to sign up for the D23 fan club. This fan club offers many exclusive deals and promotions to its members that other Disney visitors don’t have access to.

Why Are Animators Paid So Little?

On average, a 3D animations artist brings in around $69,168 yearly, according to Glassdoor. However, this amount can range, with the lowest being $46,000 annually and the highest $101,000 annually.

Now, if you are lucky enough to be hired by a large popular animation studio at Disney, you will be pulling in a decent salary, with the average between $120,000 and $150,000 a year. Although, many of these professionals will be earning amounts toward the lower end of the scale.

Why is it that in such a detailed-oriented and skilled profession, most animators are extremely underpaid? Unfortunately, the one thing that makes animation production easier than ever is the same reason the Animators behind it are becoming underappreciated: technology.

There are tons of products and programs on the market designed to help even the most amateur Animator create popular and amazing content from the privacy of their own home. These days, just about anyone can access software that will make any video or film concept come to life. Additionally, there are a handful of well-designed free apps that anyone can use to create a work of art:

With the latest technology helping every person who has access to the internet to create unique animations or animated films, it is easier for production studios and platforms to distribute these creations to mass audiences. Therefore, an animation and production team are not nearly as needed as it once was for businesses, and smaller animation budgets limit how much Animators can be paid.

Walt Disney Animation Studios has been famous across many generations. Whether you are a voice-over actor or create the characters themselves, with technology today, Animators can create animations that entertain and captivates children’s attention—and are also enjoyable and relatable for adult viewers.

Working for Disney has always been a sought-after career for anyone looking to get into the animation and production business. Still, only a very lucky select few will know what it’s like to create magic here; if you are driven and creative by nature and fit all of Disney’s requirements, there’s a chance that you, too, can become one of Disney Animation’s cast members.