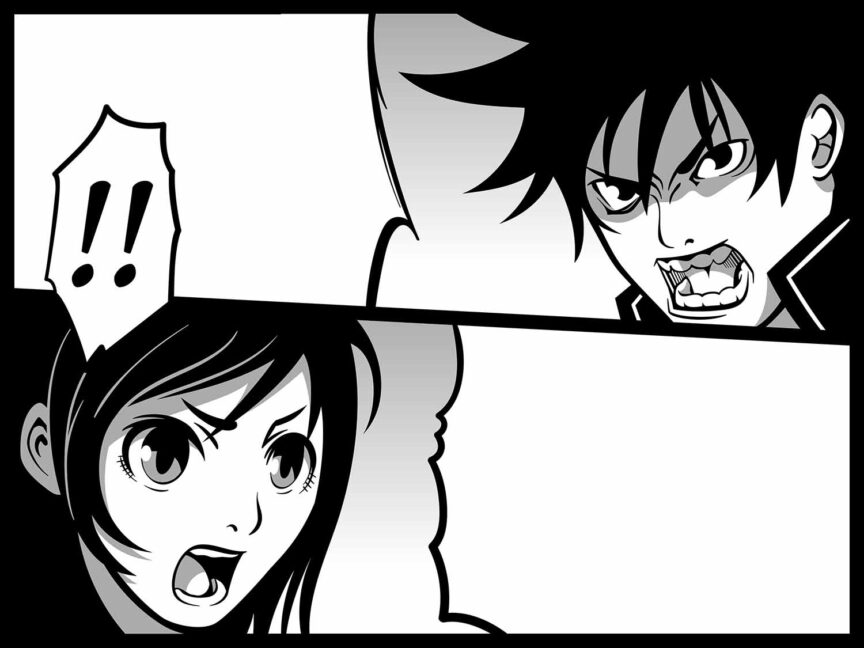 The best way to choose an anime character name is finding a good combination between the meaning of the name and what the name represents. Take some time to think about what your character is passionate about and base their name around that.

This sounds much harder than it is—in fact, it can be as easy as 1-2-3, depending on what kind of name you’re looking for.

What Are Some Cool Anime Names?

We’re going to compile some of our favorite anime names to help you find something right off the bat. Keep in mind that a lot of anime names can be used for either gender, and they can be major statements, too. Feel free to use these however you’d like.

Katsu means victorious, so it’s a great name for a character who’s going to triumph over something, whether that’s physically or emotionally.

Osamu means studious or disciplined, making it a solid choice for a character who’s much more scholarly or priestly than a physical fighter.

Nori means belief, and this can be used in a variety of different situations. For example, even a character that struggles with belief could be called Nori to describe his problems.

Mikio means tree, and it’s a thoughtful choice for a character that you’re trying to tie to nature.

Yuichi means kind one, and it’s such a strong name that’s also gentle sounding. This is a quality option for a more relatable, yet strong, character.

Looking for a name with a darker meaning? Kage means shadow, and it’s a incredible option for those characters who are anti-heroes or even the bad guys in general.

Maiko means a child of dance, so it’s a likeable name for a light-hearted character or a character that’s artsy in general.

Hikari means light, making it work for any character that’s overcoming any kind of evil or even a character that contains hope for a specific person or situation.

Kanna means summer waves. A peaceful character, especially if you’re looking for a romantic name, could don this name with pride.

Bashira means joyful and predictor of good news, which makes it a good choice for a priestly character or a messenger, both of which are pretty common anime tropes.

Misato means beautiful village girl. Choose this name for a character that you want to be relatable or common; it can even be used sarcastically for a commoner that’s overcoming social rules.

Sora means sky, and it’s a pretty name for a character that’s got large dreams or always has their head in the clouds.

These are just a few of the most unique character names you can find. Hopefully these jumpstart your search, or you might have even found a name that you want to choose.

What Anime Has the Longest Name?

Are you ready for this one? This name comes from a Japanese folklore but it’s used in the anime series Joshiraku. Here it goes:

That’s a long name, and legend has it that a couple can’t decide what they want to name their child, and the father asks a priest. The priest throws out some names, the dad can’t decide on one, so what does he do? He decides on them all.

The Best Way to Choose an Anime Character Name

Choosing an anime character name isn’t just a 1-step process, and there are different situations that might require different ways to decide on a name.

For example, if you’re looking to pick the name of a character in a game you’re playing, then you probably just want something that sounds cool or unique. You might not want to go super in-depth about character personality, especially if it’s a game where your character has no unique voice. Choosing a name here is largely about what sounds cool and what you personally like.

You might want to choose something that you enjoy and that’s unique and versatile. Many people, when looking to name a character, typically choose to use that name over and over again in different games or stories.

In this case, you might even want to consider combining names to get the most unique and cool sound you can! A lot of anime character names can be combined to make even cooler names, so don’t knock it until you try it.

The first thing to start looking into is what different names mean. If you’re trying to name a main character in a shounen anime, or an action anime, then you generally want a name that means something powerful.

If you’re not familiar with the Japanese language, then you can use name generators to find cool names and then see what they mean. You can also search for interesting Japanese names and find plenty of resources like this one on Google.

The next thing to keep in mind when you’re looking for an anime character name is how the name is currently used in Japan. For example, names like Sakura are really common and relatable even though the namesake is beautiful.

If you want a relatable, meek, or normal character, then a common name is a good idea. You can find these sorts of names by looking up popular Japanese baby names on Google!

If you’re like most people, then just jumping into the Japanese language is difficult. Trying to rummage through the internet and find how common a certain name is or what a name stands for can be difficult.

It can be a lot easier to actually find a name you like and then work backwards, researching what it means and how popular it is/famous uses of the name. Luckily, there are actually name generators to help you find an anime character name! Here are two of our favorites:

Don’t be fooled by the title—Fantasy Name Generators has a ton of different name generators, and you can find the anime name generator here.

This site can definitely be a little weird to use, especially on mobile. Once you click the link, scroll down and you’ll see the box where names are pulling up. You can choose whether you’re looking for male or female names, and every time you click the gender, 10 new names appear.

You can browse through some of the other genres of names that Fantasy Name Generators has to narrow down results. There are actually name generators for a lot of specific anime shows that represent a lot of genres, so you can get really specific on the types of names you want to generate.

The Reedsy Blog also has an anime name generator and you can find it here. This name generator is a bit easier to use, and it also consolidates some of the research for you by telling you what each name means. However, it doesn’t provide as many names at a time.

Once you follow the link, you can click a gender and then click the button “Generate names” to get 5 anime names, each with a description of what the first name means. This is a great option if you’re looking for a quick name, and you can cycle through names to find the perfect meaning that you might not have thought of beforehand.

Why Are Anime Names So Weird

To a lot of people, anime names are unique and kind of weird in an endearing way. There’s a few different reasons for this.

The first thing you need to know is that anime is primarily created in Japanese. For English speakers, and every other language that comes from Europe, Japanese is very different.

This means that all European languages, and most of the Middle East languages, follow a similar way of thinking when it comes to how language works. You might not realize it, but it makes learning those languages easier.

However, languages in Asia and the Pacific region do not relate in any way whatsoever, making them much more difficult to learn—plus, they sound a lot different to those who are used to the Indo-European languages.

Not only that, but there are some sounds that are completely different despite being shown with the same letter in the English alphabet. For example, most “l” sounds in anime are actually represented with the letter “r,” which can be really confusing if you’re looking for character information online or decide to read the manga.

However, after time, you get used to these little oddities, but it can definitely sound weird the first time you encounter it.

When animes are dubbed into English, the names are all kept the same despite the show being in another language. In more recent times, shows have gotten very strict on pronouncing names as correctly as possible too, making things sound even more odd to an English ear (you can see this in popular remakes of shows, like Fruits Basket).

Essentially, you’re hearing two different language sounds throughout the show, so it makes the names sound weird or misplaced.

All in all, anime names can sound really unique, so there’s plenty of reasons why you might want to come up with an anime character name. You can use Fantasy Name Generators or the Reedsy Blog generator to get a headstart on some sample names and then look into the meanings of the name and how the name is used.

This is a simple way to come up with some great anime character names for any and all characters you need to name!