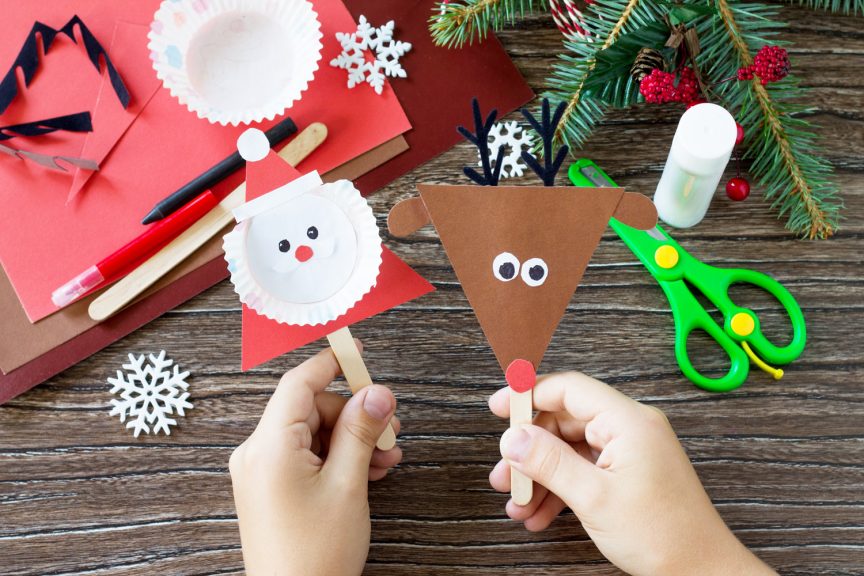 The holiday season is the time of year for everyone to enjoy quality time with their friends and family. With all the festivities, sometimes the planning needed to ensure the kids who come along have a great time can fall through the cracks. As adults, there are plenty of fun games to play during the holidays, and there are great games for kids too!

What are some simple Christmas party games for kids? There are many! A lot of the games you can play during your holiday parties are easy to set up and will keep children entertained for hours. There are variations on traditional party games, and a few other more inventive games to keep the smiles coming and the cheer flowing.

Selecting the right games for children to play will save you the headache of having to come up with entertaining things for children to do while the party is going on. Keeping children focused and engaged during a Christmas party will also help to keep them from getting bored or, even worse, antsy, noisy or messy. Planning ahead will help!

We know that every kid in the world loves to play fun games. We loved playing games as kids, and showing a new game to a child can be both fun and rewarding for the adults. Seeing the smiles on their faces as they play along to a few of these party games will be well worth the effort in preparing them for the kids to play.

Christmas games can be a lot of fun for people of all ages, but these games are designed with the children in mind.

The rules for all of these games are simple, and playing most, if not all, of these games are bound to keep children entertained for hours. Needless to say, adults can join in on the fun with the kids and let their inner child out too. Christmas is the perfect time to connect with friends and family, and playing games together will foster that connection.

Kids of all ages can play this game. The supplies needed are spoons, vaseline, a Rudolph poster and red pom poms. For added fun, you can have the kids create the Rudolph poster before playing the game if you don’t have one on hand. Grab some construction paper and scissors and help the kids cut out and shape their Rudolph.

The players dip their nose in the vaseline to get the red pom pom to stick to the their nose. Once they have the red pom on their nose, have them move across the room and stick it to where Rudolph’s red nose goes. The big catch is that they can’t use their hands at any time. The first person to get the pom to stay wins!

This game is super easy to play! All you need are ball ornaments, gift boxes and a little masking tape. Place a masking tape finish line on the ground across from where the players will begin the game. Use different colored ball ornaments to avoid confusion.

This game is fun and as simple as it sounds. This game can be played as individuals or in teams. Take a large grouping of wrapped gifts of varying size and weight and place them in the designated game area. The goal is to see how many gifts can be stacked on top of each other before the stack topples over.

Make sure not to use anything that will break if it falls! The highest pile with the most gifts wins. Adults and children alike can enjoy this game together.

The goal is to get all five balls to fall off the table, but the catch is they only have as many tries as they have jingle bells.

Make certain that the ornaments are made of plastic because they will break if they are glass and fall to the ground. Safety is important, and broken glass is a definite hazard.

This game is a variation of a scavenger hunt that can keep kids entertained for hours. The great part is you can adjust the difficulty of the search depending on the ages of the children by hiding the candy canes in challenging areas.

Give the players paper bags to stash their findings. They can decorate the bags beforehand to personalize them and add a layer of entertainment to the game. Take your candy canes and hide them all around the area designated for your holiday party.

To add a little more excitement, hide different kinds of Christmas candies and small toys as added bonuses for some lucky party goers.

Remember the days of musical chairs when you were a kid? This is that, but with a bit of holiday cheer! There are different variations of this game that can be played to keep it entertaining and interesting. Depending on the age of the children and their maturity level, you could even play all three.

The first variation is the traditional game of musical chairs. Place chairs in a circle, minus one chair based on the number of players. Have the players circle the chairs as Christmas music plays. When the music stops, have everyone attempt to grab a chair. The player without a chair is out! Continue playing until the champion remains.

The second variation is Pass the Present. This game can be played sitting or standing. Have the players pass a wrapped gift around the circle as the music is playing. When the music stops, someone will be left holding the present and that player is out. The last person left in the game gets to keep the present.

The third variation is Stand on the Ornament. Cut large ornament shapes out of construction paper in various festive colors. Count how many players there are and subtract one ornament, placing the rest of the ornaments on the ground.

Have the children walk around the cutouts while Christmas music is playing. When the music stops, have them stand on one of the ornament cutouts. The child left without an ornament cutout to stand on is out!

Fill a few Christmas stockings with small toys and Christmas items. Try to choose items that have varying difficulty to guess. Some examples could be a candy cane, a bell, a pinecone, toys or ornaments. Use different items for each stocking to keep it interesting!

Have each child take a turn guessing what the items inside the stocking are. Have them write their answers down and keep them secret until everyone has a turn. After all the guesses are made, reveal the items to see who had the most correct answers. The person who made the most correct guesses wins the stocking!

The Present is Mine!

Have each of the children bring a wrapped toy to the holiday party. Decide before the party whether they should be new or used toys to keep it fair for all the children playing. Make a pile of the toys in an area near where the game will take place.

Sit the children in a circle, and have one of them choose a toy from the pile. Have them unwrap the present to reveal what it is. The next child is then given the choice of claiming the opened toy or choosing a new toy from the pile and unwrapping it.

This game has an easy set up and chances are you already have the necessary items at home to play. You’ll need white plastic cups, construction paper, markers, and some balled up pairs of socks.

Have the children decorate each cup with a snowman face using the construction paper and markers. Stack the decorated cups on top of one another and have the kids take turns knocking the cups over with the balled up socks. The goal is to see who can knock over the most snowmen!

This is a great variation of the traditional party game. Have each participant place a small pillow under their shirt to give them a “Santa belly”. Small throw pillows will probably work best for children. Use a broom stick as your limbo stick and place it at a  reasonable starting height.

After each kid takes a turn, lower the limbo stick slightly and have them limbo again. Repeat this until the limbo champion remains!

These are excellent party games that will keep kids entertained throughout the holiday party, and the best part is that the adults can join in and let their inner kid out to play.